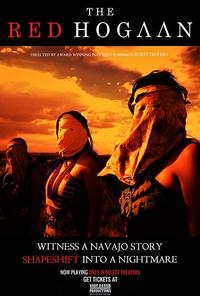 A Navajo family of sheepherders are on their annual move up the mountains for the summer. Their oldest son, Jackson, has been targeted by a skinwalker. A skinwalker is an evil being that some call a shapeshifter. It can change into other animals or beings. There are several family members who are suspected in being the skinwalker. Who is it? Who can Jackson trust? Jackson will experience something he has never experienced before. A haunting past of a suicide in a hogaan will become unsolved and Jackson's Navajo teachings will be needed more than ever before. Find out in this film about a sacred evil feared by the Navajo people.